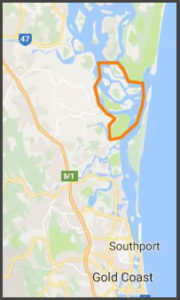 The remainder of the smaller mangrove covered islands form the Southern Moreton Bay Islands and go as far South as Coomera. 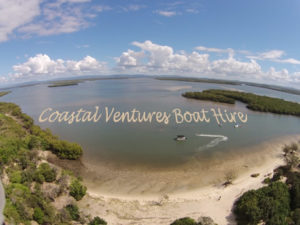 Various fishing spots are located around the islands depending on the time of year, recent weather etc.  It is known as a bit of a hotspot coming in through the Jumpinpin bar and fishing the islands around there with the overwhelming favourite catch being the flathead in the 70-80cm range.

The fishing in the area is good enough that people often lived on the islands in fisherman shacks, some of which are still visible on the islands today.  One determined resident of Crusoe island was finally permanently evicted just before 2010 after years of being evicted and simply jumping in his boat to go back a few days later. 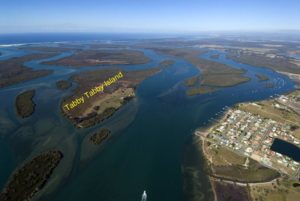 Tabby Tabby island is the least desolate of the group and is the only privately owned freehold land in the bay.  This lead to the sale of the island for $4m in 2008 to Asian investors and included the buildings and private jetty on the North Western side of the island.

Next – Check out Chevron Island below