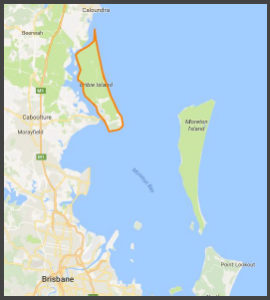 Bribie is the only island out of the major Moreton Bay Islands that you can drive to in a car.  A trip across the Bribie bridge gives you great views of the Pumicestone Passage before you’re on the most Northerly of the three major sand islands that make up Moreton Bay. 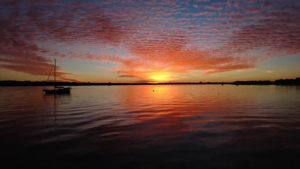 As with the other two sand islands, Bribie had an influential role to play in World War 2.

Fort Bribie was built right at the Northern tip of the island with 2 six inch guns and various support rooms & structures, designed to protect the North West channel into Moreton Bay.  Another part of the fortifications was the installation of a minefield between Bribie & Moreton Island, controlled by a series of mine control huts on Bribie, Moreton island as well as Caloundra just North of Bribie island.

4WD tracks on Bribie island are often used recreationally to visit these relics with 2 main tracks, one slightly easier inland track and the ocean track which takes you past a number of freshwater lagoons. 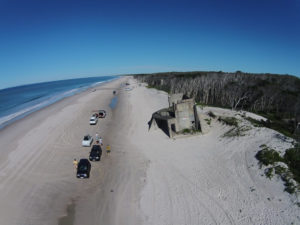 Similar to North Stradbroke Island, the Southern end of Bribie island has been developed upon and now has a population of over 16,000 people over 5 suburbs.  The remainder of the island is undeveloped with the majority of it being designated as National Park. 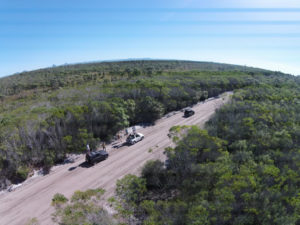 Next – Check out Russell Island below