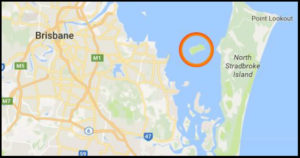 Peel Island, located between North Straddie & mainland has no residents and minimal infrastructure or buildings.  Despite its small presence in the modern day, Peel Island was once used as a quarantine station for anyone wanting to get to Brisbane in the 1800s.  Whilst the ship was being sanitised, visitors would be left on the island in quarantine stations which are still visible to this day on the South West corner of the island.

In the early 1900s, Peel island was trialled as an Asylum for Brisbane but the conditions were found to be too harsh.  The next decades saw Peel island used as a leper colony (A quarantine for those suffering with leprosy) until 1959 when breakthroughs in medical treatment for the disease reduced the need for complete isolation. 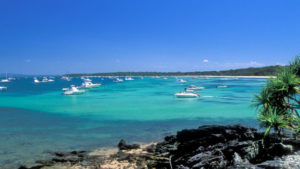 On the South side of Peel island, Horseshoe bay is a favourite for boaties these days with crystal clear waters and wildlife including turtles, dugongs & dolphins often playing in the bay.

Next – Check out St Helena Island below